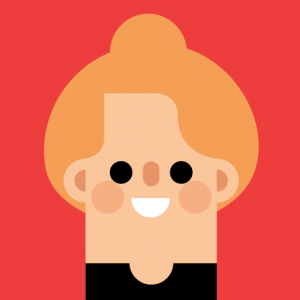 Confessions of a Reluctant Coder

Dawn Carlton graduated from the University of Texas at Austin and now teaches at Clayton Elementary School in Austin, Texas. Over the past 24 years, she has worked in a variety of educational settings including as educational programme developer for two museums, district autism specialist, Montessori facilitator and special education teacher with the majority of her experience in a full inclusion preschool classroom. Recently, she has spoken as a panelist at SXSW EDU on ‘What Early Childhood Teachers Want from Tech’.

I will be the first to admit that when I was told by the administration at my school that everyone would be participating in the global Hour of Code program a few years ago, I hung my head and shook it. How was I going to teach coding to a full inclusion classroom of diverse and highly active three- to five-year-old students? And better yet, how could I do it within my own teaching philosophy that believes in playful lessons that emphasise communication, collaboration, creativity, connection, and critical thinking? Was it possible?

Code.org was my first step to look for unplugged coding activities. Not only did I want to limit screen time, I was limited by the quality of the second-hand computers in my classroom. One favourite game was the Happy Maps game. Here we moved little characters called Flerbs around a paper grid to reach fruit. The students used arrows to plot the path, or code, to move the Flerbs from one place to another. To meet the needs of my active bunch, I replaced the grid with colored poly dots on the floor, the students became the Flerbs and we hid a drawing of treasure under one of the poly dots. The Flerb waited out of sight and earshot, while the class decided where to hide the treasure and wrote the code. Then the Flerb would return and follow the code to find the treasure. If the treasure was not found, we would work together on debugging the program. This was a great start but now that I saw the potential, I wanted more. Was there a way to take this to the next level?

Last summer, I had the opportunity to attend a training session called ‘Coding Without Screens,’ organised by Austin ISD for all their Early Childhood teachers. During the session teachers had the chance to learn the basics of coding and how to get started in the classroom with young children. There I was introduced to Cubetto as ‘a robot for young children.’ I saw so many possibilities. However, my first hurdle was getting Cubetto into my class when funds were limited. I needed at least three sets for my vision of working with six to nine students at a time in groups of two to three. That is when I turned to Donorchoose.org (a crowdfunding platform for schools), and wrote my first project to get Cubetto to my students. Our class was fully funded and soon Cubetto was out of the boxes and into my students’ hands.

Before we began using the coding blocks and board, I adapted the Flerb game once again. This time the students were Cubetto and instead of arrows we used cards with the colored coding blocks to write the code. Then we introduced the actual little robot and coding board and the students were allowed free exploration. From there, we began moving from point A to point B. When students were ready, we threw in obstacles to move around. Soon Cubetto was hanging out in our block centre and moving through block mazes, while accessories were being made for Cubetto in our art centre. That little cube was a member of our class.

During our geometry unit, we tried to draw simple shapes on butcher paper using our coding skills. That was a challenge but a few students found success and helped the others. We discussed the challenges we discovered.  It was frustrating to do but debugging was helping to build that growth mindset I wanted for my students and made our successes even sweeter.

After learning about story elements, we decided to write a story together, using the map that came with our Cubetto as the setting and turning Cubetto into a cat as our main character.  We developed a beginning, middle and end to our story, made a cat costume for Cubetto to wear, and then set out to code the story so Cubetto could act it out. When we wanted to indicate that cute little cube was happy, we would code Cubetto do a dance at different points in the story. The dance was coded and triggered with the function block. Our story was simple: Cubetto got lost in the forest and had to get home to the castle. However, we all worked together, integrated skills we had learned throughout many of our lessons, and had a blast!

With Cubetto, I was able to use coding as a vehicle to build communication, collaboration, cooperation, creativity, and critical thinking skills. It wasn’t something done during the coding block during the day but integrated throughout our day. Play to learn was a success and we can’t wait to see what Cubetto is going to do next.

Get resources for educators