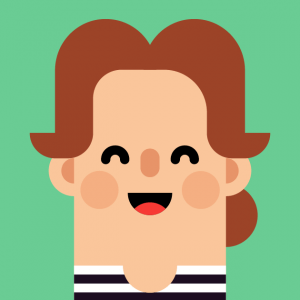 Strike a Pose: Why All Schools Should Teach Yoga

Yoga is more popular than ever. According to the 2016 Yoga in America Study, 18 million Americans said they would be likely to try yoga for the first time, which may go some way to explain the continuing rise of new studios while existing studios expand to meet demand. What’s more, yoga appeals to everyone, including kids. Studio timetables cater for pregnant women, mums with babies, parent and carers with toddlers, families, and children of all ages from preschoolers to teens. At the same time, yoga is becoming more widely accessible to children from diverse backgrounds as it is introduced to schools in the UK and USA.

A traditional Indian practice, yoga loosely translates from sanskrit as ‘union’. This is interpreted in the Western world as the union of body and mind. In other words, the goal of yoga is to have a healthy body and healthy mind. Yoga is not a religion, it is a philosophy or an approach to life that incorporates practices such as movement (poses or asanas), breathing (pranayama), chanting (mantra) and meditation (dyana), as well as offering guidelines for ethical social (yamas) and personal (niyamas) conduct.

‘The main principle of yoga is: “Do unto others as you would have others do unto you,”’ says Juliet Pegrum, author of Yoga Fun for Toddlers, Children and You. ‘When children learn yoga, it teaches them to respect themselves and other children. It helps them understand how their actions impact others.’

2. How is Yoga Taught to Kids?

Yoga for kids often incorporates some or all of the above elements, usually through movement, storytelling, breathing and simple mindfulness (meditation) techniques. (Tip: You can read about Mindfulness for kids here on our blog.) The brilliant thing about yoga, however, is that you don’t need a special place in which to do it. Yoga can be incorporated anywhere into the day – whether that’s a 30-minute PE session in the sports hall or a five-minute warm-up to help kids focus before learning in the classroom.

Primary school teacher Rebecca Williams in Bristol, UK, whose mother and grandmother were yoga teachers, regularly does Cosmic Kids yoga with her reception class of children aged four and five years old. ‘Yoga is taught as part of the PE curriculum in our primary school. But it also goes into my planning and preparation,’ she says.

‘It’s the one activity we do that engages every child – this is amazing for a class of 30 children with a wide range of needs. They love the combination of physical movement with the imaginary element of animals and stories. It has a calming effect and the kids are much more focused afterwards. whether it’s a child-led or adult-directed activity. I think it helps that I really believe in yoga too – it helps me wind down after a busy day.’

This positive experience of teaching yoga to kids also resonates with Buddhist and Calm for Kids teacher Teresa Kay, who works with children at a Montessori school in Oxford, UK. Kay says: ‘The children want to do yoga. They are not forced to do it. Without doubt, the most successful classes are the ones where I introduce a story and then the telling of the story unfolds in a series of postures and movements – we are rockets and spacemen and stars and aliens. They light up because they are embodying something or somebody in a story and it becomes meaningful to them. We always start and end with circle time – the children often say they feel happy, and one boy said he felt love.’

Not only is yoga a way of learning through play, it is also a form of physical activity that cultivates mindfulness, which can help children develop emotional and physical awareness and intelligence. Here’s what the research highlights:

What’s more yoga is non-competitive, so children can work at their own pace without worrying about success of failure. It uses positive language that can increase a child’s self-esteem and support them to become adventurous and fearless in their learning.

See how yoga improved self-regulation and academic achievement at an inner-city elementary school:

Alison Jennings, director of Yoga Starr, teaches yoga to preschoolers through to teens in schools and pupil referral units in Wales. Se explains that: ‘Creatively, yoga allows children to express themselves through sound and movement, and the younger ones take that out to the playground – playing yoga teachers in the yard! Nursery teachers tell me the kids are much calmer after our yoga sessions, and for children with behavioural issues it can mean the difference between being able to remain in the classroom or being excluded. The high-achieving teenagers I work with say that the relaxation is their favourite bit – time out and time to “just be”’.

Yoga with kids can be a fun and engaging activity for adults and children at any point in your day or week – and the effects will extend way beyond the yoga session. Through yoga, children can build internal resources and skills that they can draw on throughout their life, helping them to find the physical and mental space in which to create, learn and thrive every day.

Jessica Adams has practised yoga since childhood, and teaches it in Bristol, UK. Her love of physical movement and yoga continued to flourish into her early professional life as a health, fitness and adventure sports journalist and author of books including ‘The Girl’s Guide to Action Sports’. Following the birth of her first of two sons, yoga became Jessica’s focus and passion.