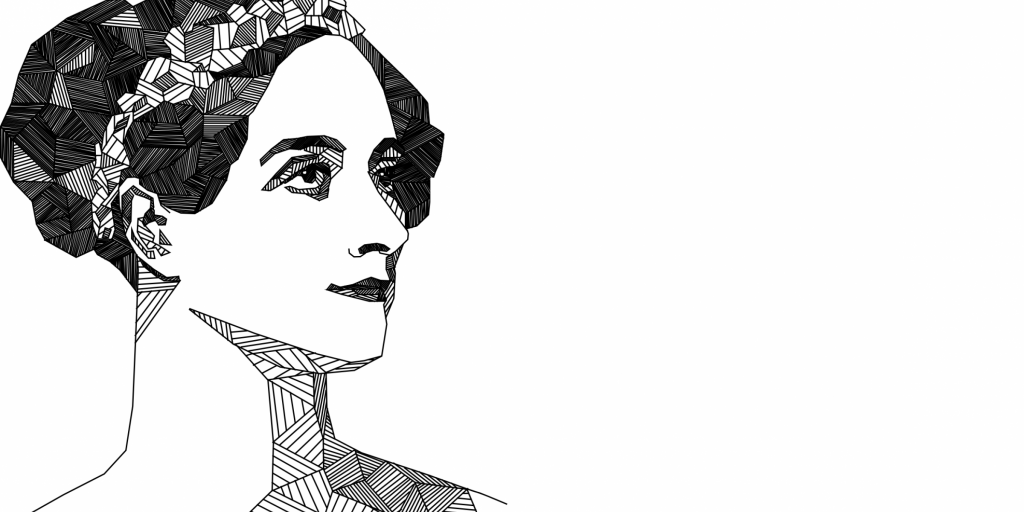 We take for granted that both men and women possess equal opportunities to influence our future through scientific innovation, but in 19th-century England things were very different. Today we celebrate mathematician Augusta Ada Byron, better known as Ada Lovelace, born in London on December 10, 1815. In 1843, Ada became the world’s first computer programmer, at a time where women could hardly access basic education, let alone a scientific one. We think her story is inspiring, hopeful, and one every woman should know about. We invite you to celebrate with us by finding a little girl in your life, perhaps a daughter, niece, or student, and tell her all about Ada, who forever changed the face of computing.

1. Ada had an early start in STEM.

Ada was daughter to famous infamous poet Lord Byron. Ada’s mother, Lady Byron, was herself a keen mathematician, affectionately referred to as the “Princess of Parallelograms” by her husband. Lady Byron believed a solid education based on logic and reason would spare her daughter from romantic ideals and moody dispositions, something her father became known for throughout history. From the tender age of 4, Lovelace received tutoring in science, and mathematics. A given by today’s standards, but a remarkable course of study for a woman in 19th-century England.

At age 12, Ada developed a keen interest in flying creatures. After studying the anatomy of birds, Ada imagined and illustrated the construction of a winged machine. She even went as far as conceptualising what powered flight might look like. In a recorded letter to her mother Ada wrote “I have got a scheme, to make a thing in the form of a horse with a steam engine in the inside so contrived as to move an immense pair of wings, fixed on the outside of the horse, in such a manner as to carry it up into the air while a person sits on its back.” When logic meets fantasy, magic happens.

3. Ada was a collaborator. It helped her write the first computer program.

Fellow mathematician Charles Babbage invented a calculating machine called the “Difference Engine”, a super huge early computer that earned him the nickname “father of computing”. A 17 year old Ada, became Babbage’s protégé after receiving a first hand demonstration of the Engine. It was love at first sight (with the machine of course). In the years that followed, Ada, Babbage, and a military engineer named Luigi Menabrea, collaborated closely to improve working theory on the machine. In 1943, Ada was able to publish her own paper on the Engine, detailing how the machine could be programmed with code to calculate complex formulas. The first algorithm ever carried out by a machine, and computer programming, were born.

Babbage believed his machine confined to numerical calculations only, but Ada saw further. She envisioned a future in which a multi-purpose modern computer could manipulate any piece of content that could be translated into digital form. Music, sound, text, pictures! Ada wrote that the engine “might act upon other things besides numbers, were objects found whose mutual fundamental relations could be expressed by those of the abstract science of operations…”. In layman’s terms, computers could paint pictures, compose melodies, manipulate sound and communicate. Technology caught up to this vision only a century later, Big things have small beginnings, often traced back to the dreams of a few.

5. Ada was a risk taker and a true hacker.

Ada knew numbers, statistics, quantities and odds. A predisposition for logic and calculations gave her the ability to take smart risks. As the story goes, Babbage and Ada used their prodigious machine to calculate the outcome of horse races and betting events. Unfortunately, her predilection for risk eventually turned into addiction, contributing to dwindling personal finances, and while we don’t glamorise or celebrate the vice, we still celebrate the bold initiative. In the end the house always wins, but Ada wasn’t afraid to hack the system!

6. Ada enjoyed the journey, not just the result.

Often the case with radical and forward thinking ideas, the world wasn’t quite ready for Ada’s. Ada’s thinking on computing was far ahead of her time, something she probably knew, but didn’t stop her from achieving the impossible, smashing the glass ceiling of contemporary science. With the dawn of a digital age upon humanity, almost a century later, Ada’s work found new meaning, and a new following. Her notes were re-published in B.V. Bowden’s 1953 book “Faster Than Thought: A Symposium on Digital Computing Machines.” Ada’s theories were home at last.

7. A programming language is named after Ada

In 1979, the U.S. Department of Defence developed a computer programming language designed to override and supersede the hundreds of different programming languages in use by the military. This language is still in use today, operating real-time systems in finance, healthcare, transportation, aviation and space industries. When time came to give this programming language a name, U.S. Navy Commander Jack Cooper had a great suggestion. The name “Ada” was unanimously approved in honour of the bold and unconventional woman who forever changed computing. Her legacy lives on.

We strive to incorporate much of what we admire about Ada into our own coding toy for preschoolers. We believe young girls and boys should be equally engaged in STEM subjects. Especially coding, which is today as important as learning to read. As well as logic and computational thinking, Cubetto encourages creative storytelling and collaboration through illustrated adventure books and maps. Big problems are best solved together, and there’s no limit to where Cubetto can go. Finally, there is no right or wrong way to play, giving children confidence to try things out, explore the world around them and take risks.

Whatever you get up to today, don’t forget to tell your little ones about Ada, and remember that given the right tools and nurture, any child can turn into the next flying horse conceptualiser, computer programmer, or technology innovator. 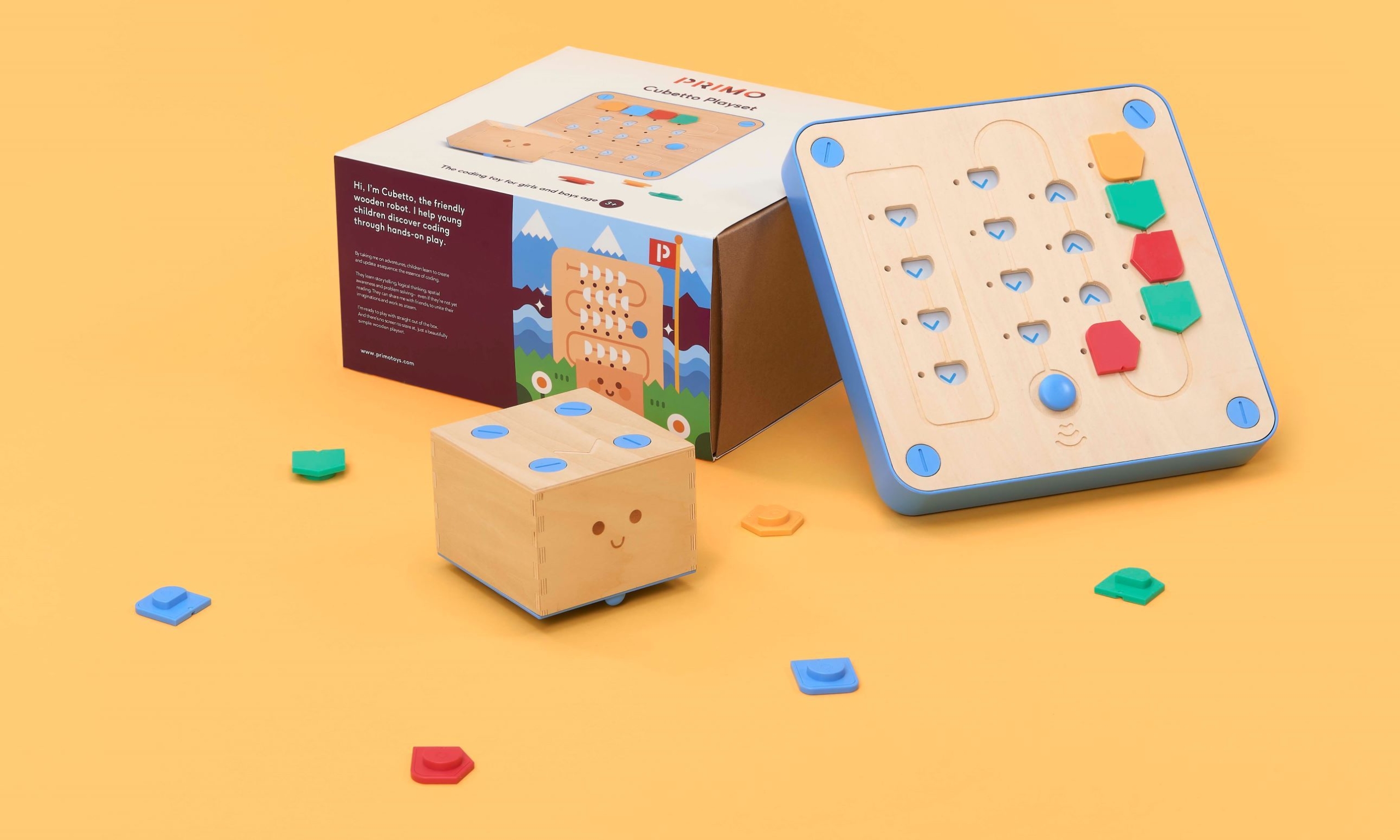 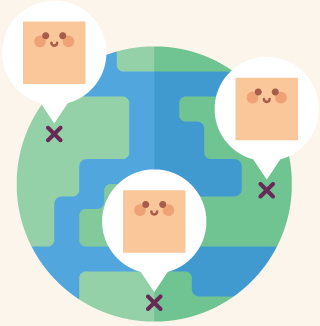