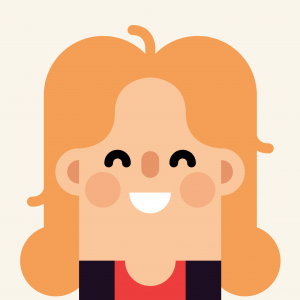 The thing about programmers being male? Well, statistically speaking on the whole it’s right.

The gender imbalance in tech is a problem and it’s no secret – today, just 18% of computer science grads are women.

This wasn’t always the case. In 1984 that number was 37% (more than double). Even before the 1980s, various brilliant women pioneered computer programming as we know it now. It’s just that many lack the profile of, say, Steve Jobs or Bill Gates.

So to redress the balance and give credit where it’s due – and to mark International Women’s Day – we celebrate the work of five fantastic female coders. Some you might know, others you might not, and there’s at least one who’s certain to surprise.

Ironically, though, Ada would find poetry in numbers. At 17 years old, Ada translated an article written about the so-called analytical machine – an early mechanical computer designed by her friend and mentor, the mathematician Charles Babbage. Along with translating the article from French to English, she added copious notes and annotations of her own about the machine and how it would work.

Today, these notes are thought of as the first ever algorithm, making Ada the world’s first ever computer programmer. Inspired to read more? Check out our article on the life and work of this true pioneer.

In her obituary, the New York Times called Jean Bartik ‘one of the first computer programmers and a pioneering forerunner in a technology that came to be known as software.’

Jean was one of the last surviving of a group of six female mathematicians who programmed the Eniac, or Electronic Numerical Integrator and Computer, the first all-electronic digital computer. Built by the Allies during World War II to calculate the firing trajectories for artillery shells, it could calculate in 30 seconds a trajectory that took a human 20 hours (an increase in speed of nearly 24,000 per cent). Although it wasn’t finished until after the war in 1946, today it’s considered a milestone in modern computing.

According to Jean, the men who were building the machine itself (that’s to say, the machine hardware), considered the actual programming of the machine unimportant. Astonishingly, when the finished Eniac was unveiled to the public, Jean and her fellow female coders were considered unimportant too, and weren’t even introduced at the event.

The oversight, has been readdressed to some extent in recent years, with Jean receiving professional recognition for work. Before the 50th anniversary of the Eniac, the Wall Street Journal ran a story titled: ‘History of Software Begins With Brainy Women’s Work’. As a result, said Jean in 2009, ‘all hell broke loose – everyone was interested in the Eniac women!’

Known better to some as Grandma COBOL or the Queen of Software, Navy Rear Admiral Grace Hopper revolutionised how we talk to computers. Initially, computers spoke in binary code – and ones and zeros are impossible for humans to read. Grace believed that written code should be closer to English, thereby paving the way for more programmers who could command computers in new and exciting ways. Her work led to the development of – yep – a programming language called COBOL, in 1959. Amazingly, 53 per cent of companies surveyed in 2012 were still using COBOL to build new business applications.

A self-described ‘boat-rocker’, Grace wished to live until the year 2000 so that she could  ‘point back to the early days of computers and say to all the doubters, “See? We told you the computer could do all that.”’

She also coined the term ‘bug’ (as in ‘computer bug’), and until she retired from the Navy in 1986 at a spritely 80 years old, she was the US’s oldest acting military officer. Check out her wonderful appearance as sparky 80-year-old on David Letterman’s late-night talk show.

Before she became CEO of Yahoo! at just 36 years old, Marissa Mayer had already done some pretty impressive stuff. A Stanford graduate, in 1999 she joined Google – then still very much a startup – as their twentieth employee and first female engineer. During her time at the search engine giant she led some of its most successful products including Google Maps, Gmail, Google Earth and Google News.

For Marissa, the business of technology all comes back to programming and what programming can teach us. At a Bloomberg conference in 2015 she reflected: ‘Yahoo is the most amazing design problem I’ve ever gotten to work on. To me, when I look at [Yahoo’s problems], I see engineering problems. Those principles apply to everything from the culture of the company to how we grow our products.’

Lyndsey Scott puts the ‘super’ in supermodel. She’s worked with biggest names in fashion, from Gucci to Louis Vuitton, and even became the first African-American model to land the prestigious Calvin Klein exclusive during fashion week – the equivalent of being chosen as model industry MVP. Plus she’s a talented actor.

But when she’s not in front of the camera, she’s on the laptop, coding. She devotes about half her time to programming iOS apps for clients. Several of her apps are available on the app store including Educate!, which lets users find out about and help fund entrepreneurs in Africa. Plus, and this is awesome, she’s also ranked as one of the top iOS answer-providers on the #1 programming site, Stack Overflow. She has a degree in computer science and theatre, and there’s even a full tab on her website devoted to coding resources. So far, so cool.

No surprise that Forbes called her (in a very Forbesy way): The 29-year-old stunner who cracks computer codes… and stereotypes.’

At Primo Toys we don’t believe that gender has anything to do with how good a coder you or your child are. That’s why we designed Cubetto to be gender neutral, so that learning to code through play is as appealing to girls as it is to boys. Let’s redress the gender imbalance in programming, starting from the preschool years!